BHUBANESHWAR/KOLKATA: A deep depression over the Bay of Bengal has intensified into cyclonic storm ‘Yaas‘ and is likely to cross the Odisha-West Bengal coasts on May 26 after turning into a very severe cyclonic storm, the MeT Department said on Monday.
‘Yaas’ is likely to cross the Odisha-West Bengal coasts between Paradip and Sagar Islands around noon on May 26 as a very severe cyclonic storm with wind speeds of 155-165 kmph, Kolkata’s Regional Meteorological Centre Deputy Director Sanjib Bandopadhyay said.
The system lays 540 km south-southeast of Paradip in Odisha and 630 km south-southeast of Digha in West Bengal on Monday morning and is very likely to move north-northwestwards and intensify into a severe cyclonic storm by Tuesday and into a very severe cyclonic storm by Wednesday morning, the MeT Department said.
The West Bengal government has opened control rooms at state secretariat Nabanna to monitor the cyclone and its fallout, an official said.
The coastal districts of Purba and Paschim Medinipur, South and North 24 Parganas, along with Howrah and Hooghly will experience light to moderate rainfall in most places with heavy to very heavy downpour at one or two places from May 25 owing to the system, the weatherman said.
On May 26, the spread and intensity of rain will increase with the possibility of extremely heavy rainfall in Jhargram, Purba and Paschim Medinipur, North and South 24 Parganas, Howrah, Hooghly and Kolkata, according to the MeT Department.
Meanwhile, the Odisha government on Monday relaxed the coronavirus-induced lockdown and allowed shops to remain open in 10 coastal districts from 7 am to 1 pm on May 24 and 25 so that people get more time to buy essential items before the impact of the cyclone.
The shops were earlier allowed to remain open between 7 am and 11 am on weekdays due to the lockdown.
The Odisha government has deployed rescue teams and is chalking out plans to evacuate people from vulnerable areas, a senior official said.
The state government has deployed National Disaster Response Force (NDRF), Odisha Disaster Rapid Action Force (ODRAF) and Fire Services personnel anticipating maximum impact in Balasore and Bhadrak districts, Special Relief Commissioner (SRC) P K Jena said.
IMD Director General Dr Mrutunjay Mohapatra, better known as the ‘Cyclone Man of India’, said, “Four coastal districts of Odisha — Balasore, Bhadrak, Kendrapara and Jagatsinghpur — are likely to be most impacted by the cyclonic storm.”
Mohapatra said that apart from wind blowing at 120-165 kmph velocity, Odisha will also experience heavy rain.
Jena said residents of low-lying areas will be evacuated to safer places and the district administrations have been asked to be prepared for a large-scale evacuation of people.
The SRC, who personally supervised preparedness in Balasore and Bhadrak districts, instructed authorities to take more buildings into possession to maintain social distancing among evacuees.
He said 22 teams of NDRF, 60 ODRAF teams and Fire and Forest officials have been deployed in vulnerable areas.
NDRF Director General S N Pradhan said, “We already have 22 NDRF teams in Odisha and 10 more are being airlifted from other parts of the country as per the requisition made by the Odisha government.” 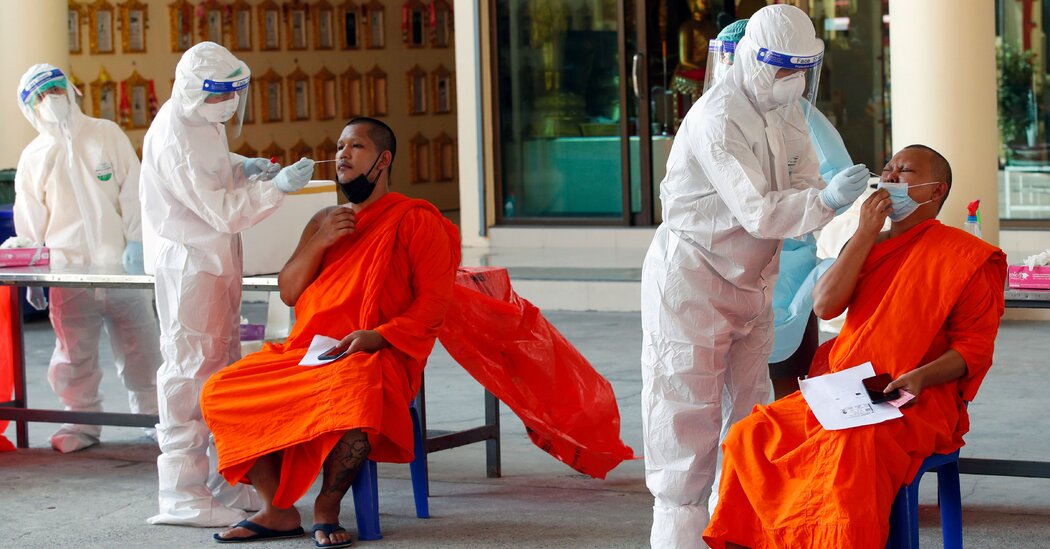 Covid-19 Live Updates: As Deaths Fall in the West, the Virus Spreads in Southeast Asia