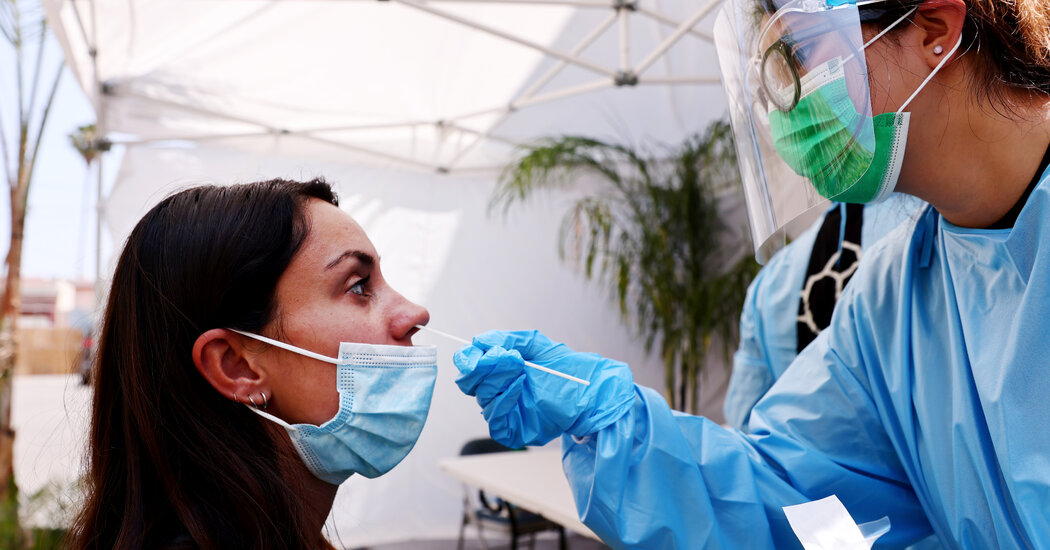 In any case, immune defenses primed by the vaccines should recognize the virus soon after infection and destroy it before significant damage occurs.

“That is what explains why people do get infected and why people don’t get seriously ill,” said Michel C. Nussenzweig, an immunologist at Rockefeller University in New York. “It’s nearly unavoidable, unless you’re going to give people very frequent boosters.”

Additional data is emerging from the Covid-19 Sports and Society Workgroup, a coalition of professional sports leagues that is working closely with the C.D.C. Sports teams in the group are testing more than 10,000 people at least daily and sequencing all infections, according to Dr. Robby Sikka, a physician who worked with the N.B.A.’s Minnesota Timberwolves.

Breakthrough infections in the leagues seem to be more common with the Delta variant than with Alpha, the variant first identified in Britain, he said. As would be predicted, the vaccines cut down the severity and duration of illness significantly, with players returning less than two weeks after becoming infected, compared with nearly three weeks earlier in the pandemic.

But while they are ill, the players carry very high amounts of virus for seven to 10 days, compared with two or three days in those infected with Alpha, Dr. Sikka said. Infected players are required to quarantine, so the project has not been able to track whether they spread the virus to others — but it’s likely that they would, he added.

“If they’re put just willy-nilly back into society, I think you’re going to have spread from vaccinated individuals,” he added. “They don’t even recognize they have Covid because they think they’re vaccinated.”