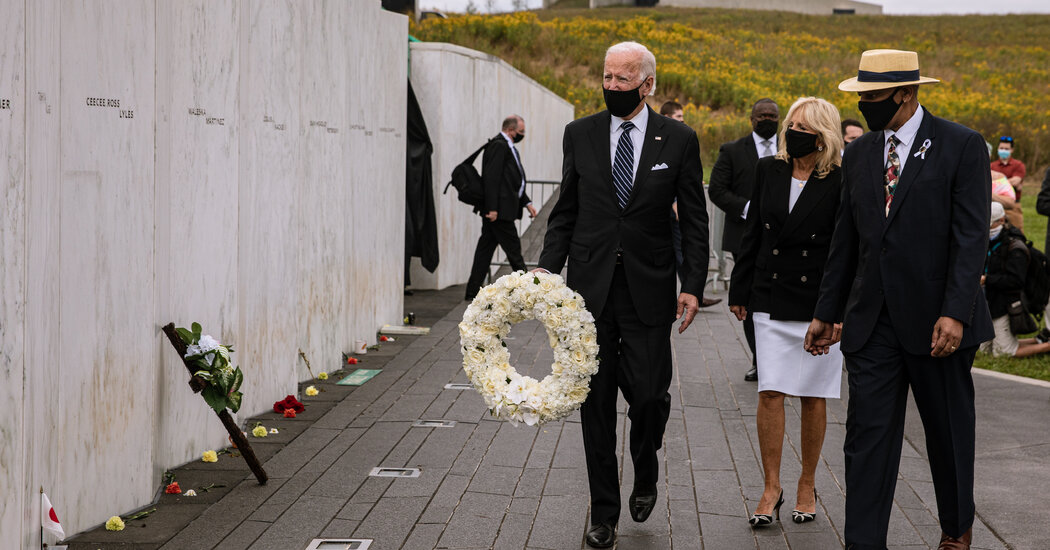 On Friday, Jen Psaki, the White House press secretary, said that White House officials had met in recent weeks with groups representing families of victims, and that the document requests would “continue to be a priority” for Mr. Biden.

In the statement last week, the families group said that it could not “in good faith, and with veneration to those lost, sick and injured,” welcome Mr. Biden to the commemorations next month if he did not follow through on his campaign promise.

“It’s 20 years; this has gone on for too long,” Brett Eagleson, who was a 15-year-old sophomore in high school when his father, Bruce, died at the World Trade Center, said in an interview last week. “If you’re not going to release the documents and you’re going to continue with the process of covering up the Saudi role in 9/11, we’ll have to object to you coming.”

Mr. Eagleson, who is now 35 and works in banking, said that seeing the documents might offer him and other victims’ relatives some long-overdue closure.

He said on Monday that the F.B.I.’s review was a step in the right direction, but that it was not sufficient to assuage families’ anxieties about the documents.

“It sounds like it’s promising, but let’s see what they actually produce,” he said.

Another group of victims’ families and survivors, 9/11 Community United, criticized the Biden administration’s move, calling it a “halfhearted, insufficient commitment to transparency” in a statement and saying that it applied only to limited documents.

“This announcement is a necessary but insufficient step towards transparency, accountability and above all, justice,” a member of the group, Terry Strada, whose husband died in the attacks, said in a statement.