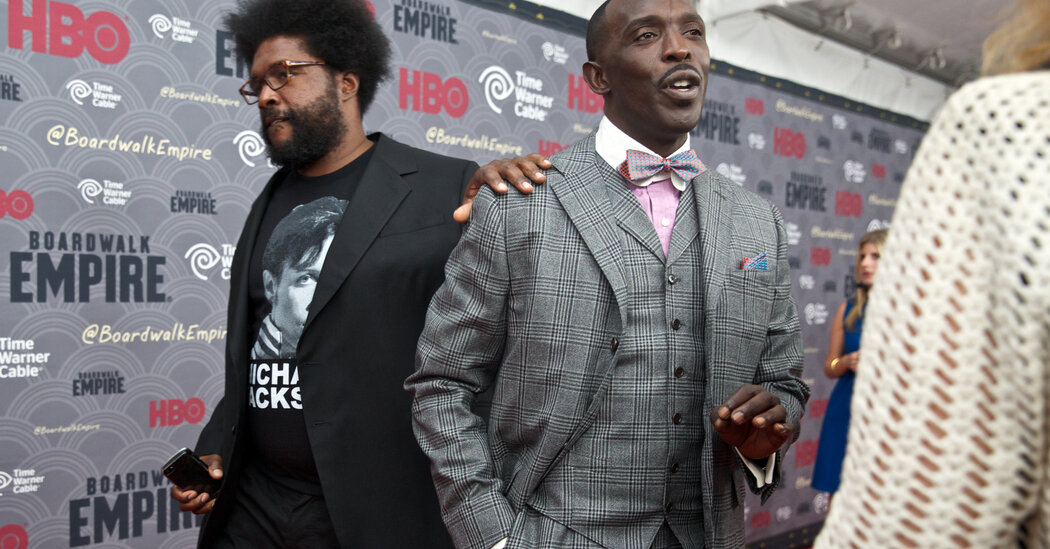 Fans, actors and celebrities took to social media to share their condolences for Michael K. Williams, the actor best known for his role as Omar Little in the HBO series “The Wire,” who was found dead in his home on Monday.

Mr. Williams, who was 54, starred in a number of movies and TV shows, including “Boardwalk Empire,” “Lovecraft Country” and “Bringing Out the Dead.” Many co-stars from “The Wire” were quick on Monday to share their thoughts about the actor.

“The depth of my love for this brother, can only be matched by the depth of my pain learning of his loss,” Wendell Pierce, who starred on the show as Detective William (Bunk) Moreland, said on Twitter. “A immensely talented man with the ability to give voice to the human condition portraying the lives of those whose humanity is seldom elevated until he sings their truth.”

In a series of posts on Twitter, Mr. Pierce described his relationship with the actor, adding that they had grown close through the show.

“He shared with me his secret fears then stepped out into his acting with true courage, acting in the face of fear, not in the absence of it,” Mr. Pierce said. “It took me years to learn what Michael had in abundance.”

Domenick Lombardozzi, who also starred on “The Wire,” described Mr. Williams on Twitter as kind, fair, gentle and talented.

“I’ll cherish our talks and I’ll miss him tremendously,” he said. “Rest my friend.”

Isiah Whitlock Jr., who also starred in “The Wire,” said on Twitter that he was “shocked and saddened” by the death of Mr. Williams.

“One of the nicest brothers on the planet with the biggest heart,” he said. “An amazing actor and soul.”

David Simon, the creator of the “The Wire,” initially chose not to share words about the actor, opting instead to post a portrait of Mr. Williams on Twitter.

Later, Mr. Simon posted on Twitter that he was “too gutted right now to say all that ought to be said.”

“Michael was a fine man and a rare talent and on our journey together he always deserved the best words,” he said. “And today those words won’t come.”

Ahmir Khalib Thompson, the musician known as Questlove, said on Twitter that he could not “take this pain.”

“Please God No,” the musician said. “Death cannot be this normal.”

The death of Mr. Williams also drew attention from others on social media, including the author Stephen King.

“Horrible, sad, and unbelievable to think we’ve lost the fantastically talented Michael K. Williams at the age of 54,” the author said on Twitter.