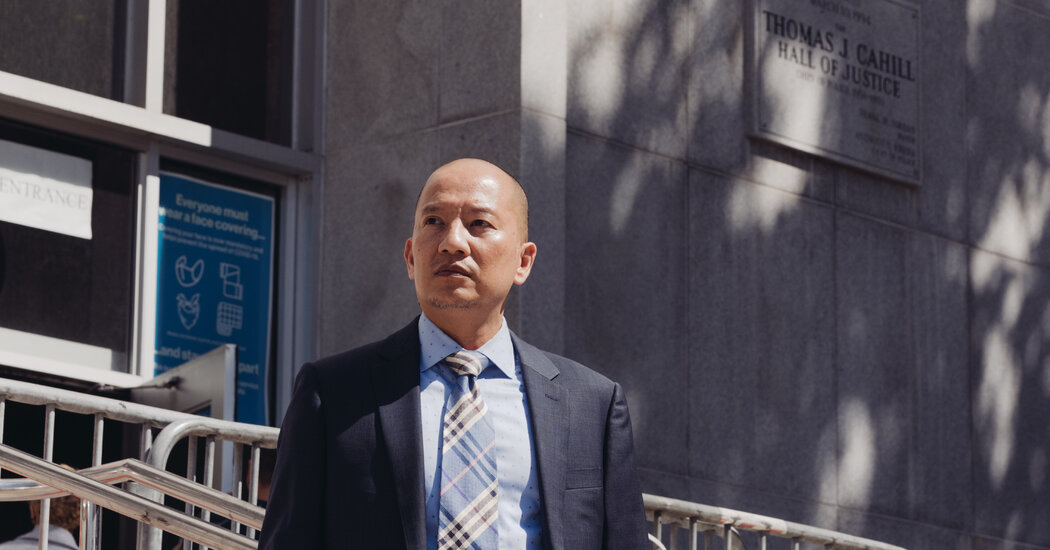 It was March 17, the day after the Atlanta spa shootings, and a national wave of violence against Asian Americans seemed to be carrying over onto the streets of San Francisco.

Steven Jenkins, a 39-year-old homeless man with a long history of severe mental illness, was arrested on charges of assaulting two Asian residents, including a 75-year-old woman who, according to the headlines flashed around the world, had bravely fought her attacker.

The task of defending Jenkins fell to a Taiwanese-born lawyer in the San Francisco Public Defender’s Office, Eric McBurney. Within days, McBurney’s email inbox filled with hateful messages questioning why he, as an Asian American, was defending someone accused of such an odious attack against Asians.

When I met McBurney for a coffee this week, he told me he understood what he was up against in this case when his own family members in Taiwan read about it in the Chinese press and criticized him for taking it on.

“How is this guy going to get a fair trial?” McBurney asked about his client.

In the months since the assault, McBurney has waged a battle against public opinion and what he described as a false narrative. He argues that the attack involving his client hinges not on racial hatred but on mental illness and the often rough and chaotic street conditions of the homeless in San Francisco.

“This case has nothing to do with anti-Asian hate,” McBurney said. “Mr. Jenkins in the last five years has had five mental illness emergencies each year, on average.”

“His mind is broken.”

The assaults Jenkins is accused of committing came amid a series of high-profile attacks against Asian people. Six of the eight people killed in the Atlanta shootings were of Asian descent. Earlier that week, a man in San Francisco was arrested on charges of attacking Danny Yu Chang, a 59-year-old travel agent from the Philippines who was returning to his office after lunch. Two months earlier, a 19-year-old man was charged with fatally shoving a Thai man, an assault caught on video that spread fear across the Bay Area Asian community.

The coronavirus and the insults of former President Donald J. Trump about the “Kung flu” unleashed flat-out hatred against Asian Americans, thousands of examples of which have been documented across the country by activist groups.

The family of Xiao Zhen Xie, the woman who was assaulted by Jenkins, raised more than $1 million on a GoFundMe page. The bulk of the money will be donated to a nonprofit association that the family helped set up to assist victims of hate crimes.

“She has been severely affected mentally, physically and emotionally,” her family wrote. “She also stated that she is afraid to step out of her home from now on.”

Experts have said that while the pain and fear of being targeted for being Asian are legitimate and must be addressed, it’s often impossible to parse the specific motivations of assailants.

In an unusual attempt to dispel the notion that his client acted out of hate, McBurney in April released a seven-minute video showing the assault on Xie and the moments that preceded it.

On the day of the attacks, Jenkins, who has been homeless for the past decade, was mingling among the tents and belongings of the unhoused at U.N. Plaza. In footage taken from security cameras, Jenkins is seen being punched and kicked dozens of times by a number of unknown assailants, attacks that McBurney describes as unprovoked.

One attacker in a bright-yellow vest appears to land two right hooks to Jenkins’s face and then follows him across a sidewalk on Market Street. Jenkins staggers, turns around and swings. He strikes Xie, who is on a street corner, in the face.

Tackled by a security guard, Jenkins is on the ground when Xie hits Jenkins’s feet with a wooden board, the video shows. Not captured in the footage was another assault that Jenkins is accused of committing on Ngoc Pham, an 83-year-old Vietnamese man.

On the day of the attack, the first images that streamed around the world showed Jenkins on a stretcher with a bloodied face and Xie nearby holding a wooden board. The story of the elderly Asian woman who fought back was born.

McBurney, who was adopted by a white family when he was in his teens, says he understands racism against Asians. He said he felt it firsthand during his childhood in small towns across the South.

“I’ve grown up in cities where I am the entire Asian population,” he said. “You’re always feeling you don’t belong.”

McBurney, 48, spent two decades busing and waiting tables, doing garden work and other odd jobs before developing a passion for literature and the law. He has a master’s degree in English literature from the University of Utah and went to the University of Iowa College of Law on a full scholarship.

I asked him how he was handling the hate mail from other Asian Americans and disapproval even from within his extended family in Taiwan.

“I love it,” McBurney quickly shot back. “It’s extra motivation.”

“It’s when the whole world is against your client, that’s when a public defender says, ‘Yeah, this is my job.’”

California Today goes live at 6:30 a.m. Pacific time weekdays. Tell us what you want to see: CAtoday@nytimes.com. Were you forwarded this email? Sign up for California Today here and read every edition online here.

Jill Cowan grew up in Orange County, graduated from U.C. Berkeley and has reported all over the state, including the Bay Area, Bakersfield and Los Angeles — but she always wants to see more. Follow along here or on Twitter. 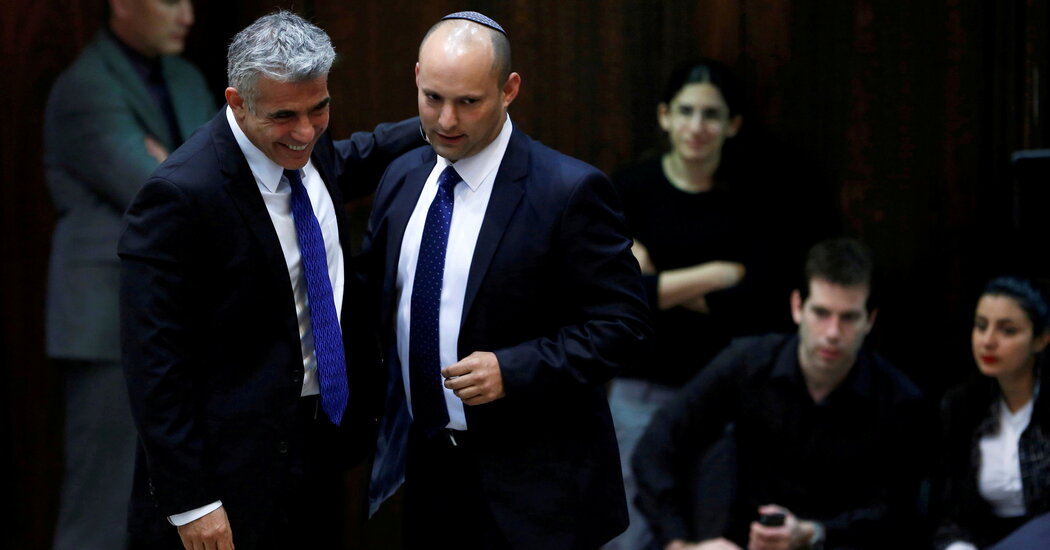 Israel Moves Toward Coalition Deal That Could Sideline Netanyahu