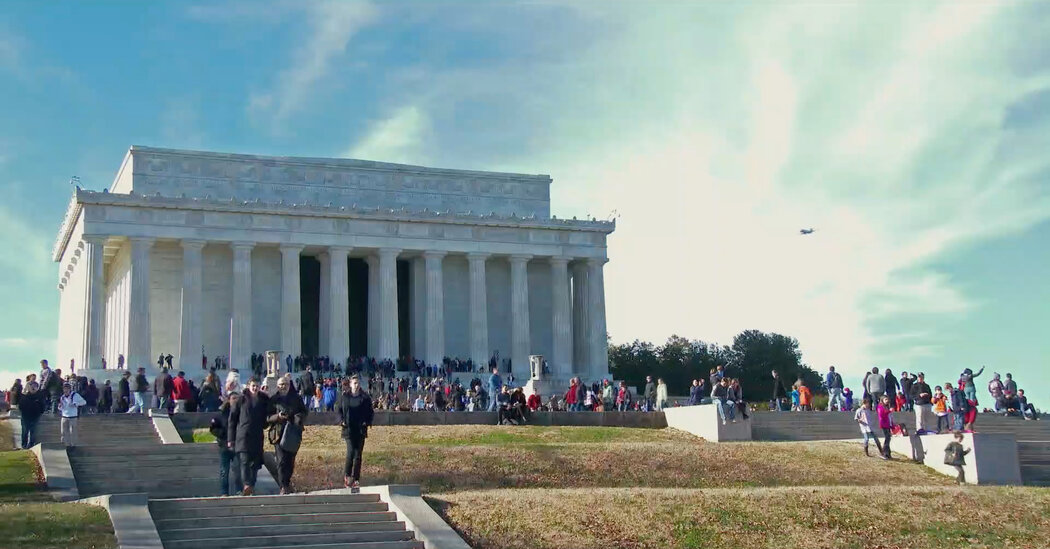 Jonathan Schroder’s “The Boys in Red Hats” is a maddening instance of a movie at war with itself. That’s appropriate enough since its subject is the face-off on Jan. 18, 2019, between white high school students and a Native American demonstrator at the Lincoln Memorial. The incident became a viral flash point over one teenager’s grinning in the face of the Native American elder.

As an alumnus of the students’ school, Covington Catholic in Kentucky, Schroder presents this film as his journey toward understanding. He hears out pooh-poohing parent chaperones, agitated former students, one student’s attorney and a current pupil whose identity is concealed. Black activists on the day and Covington’s penchant for pep rallies are both advanced as explanations for the teens’ behavior.

Between a bro-friendly voice-over and “TMZ Live”-style bull sessions with his producer, Schroder’s exploratory pose comes to feel exasperatingly clueless. Yet the film also assembles soothingly sharp commentators who lay bare the power and race dynamics and aggression at play in the Lincoln Memorial encounter. These include Mohawk journalist Vincent Schilling; Anne Branigin, a writer for The Root; and Allissa Richardson, a journalism professor who sees a “textbook example of white privilege.”

Schroder’s request to interview the Covington Catholic student who attracted so much ire is turned down, and the same happens (in person) with Nathan Phillips, the Native American drummer. (I don’t even know where to begin with his weirdly nostalgic story of being punched in the head by a Covington teacher while a student.)

A fizzled ending points fingers at media bias and our “bubbles.” Some viewers of the Lincoln Memorial events might instead invoke the pioneering media theorists The Marx Brothers: “Who are you going to believe, me or your own eyes?”