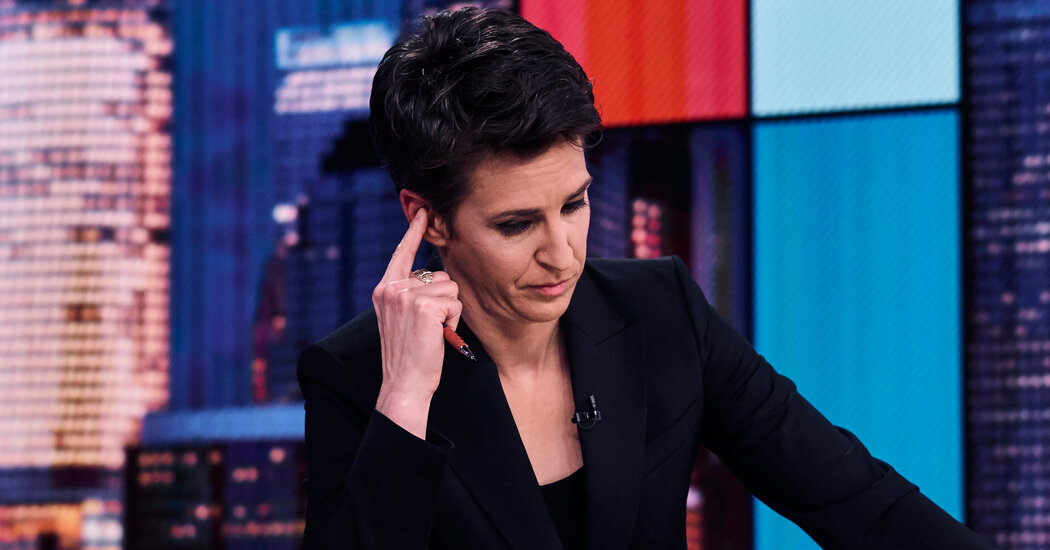 Rachel Maddow, the top-rated anchor at MSNBC, has renewed her contract with the cable news network, extending her 13-year run for several more years, according to a person briefed on the deal who was not authorized to speak on it publicly.

In addition to hosting her show, Ms. Maddow, 48, will develop new projects with the network’s parent company, NBCUniversal, the person said. Financial terms of the deal could not be learned.

Ms. Maddow’s contract had been set to expire next year, and The Daily Beast reported this month that she had expressed interest in leaving the network to pursue podcasting and streaming projects. News that Ms. Maddow had extended her contract with the network was first reported by Insider.

“The Rachel Maddow Show,” which is broadcast weeknights at 9 p.m., is MSNBC’s No. 1 ratings draw and features a mix of news, opinion and entertainment. Ms. Maddow, a former Rhodes scholar, was one of the hosts who helped MSNBC become a beloved hub for liberals, particularly during the presidency of Donald J. Trump.

Her stature at the network and in the cable news orbit grew with Mr. Trump in office as her show helped lead a resurgence in ratings for MSNBC, whose prime-time viewership in the key 25-to-54 age demographic more than doubled in a year. (Fox News has once again regained its mantle as No. 1.)

Phil Griffin, the former president of MSNBC, handed Ms. Maddow her prime-time break in 2008. He stepped down in February, shortly after the network notched its highest viewership numbers in a quarter-century. He handed the reins, and the task of retaining those viewers, to Rashida Jones.