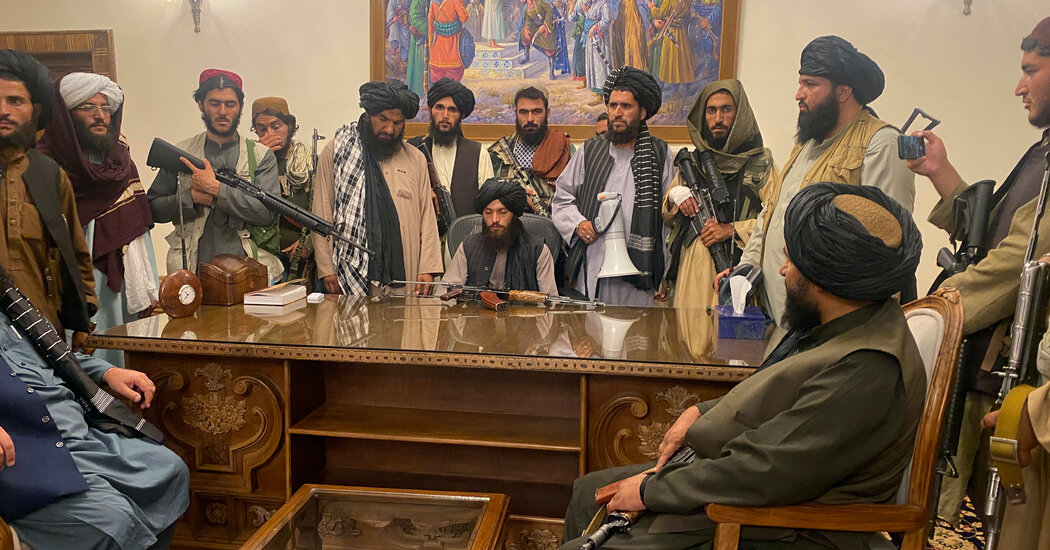 I recall the comment attributed to a captured Taliban fighter from a number of years ago: You Americans have the watches, but we have the time. Sadly that view proved accurate — the Taliban outlasted us and our impatience. After the Soviet defeat in Afghanistan at the hands of U.S.-trained and armed mujahedeen in 1989, training that was facilitated by Pakistan, we decided we were done. We could see the Afghan civil war coming — the only thing holding the disparate Afghan groups together was a common enemy. But that was not our problem — we were leaving. On the way out, we stopped helping Pakistan in a key way: We ended security and economic assistance because of its nuclear weapons program, something we’d exempted before. So Pakistan, in its own narrative, went from being the most allied of allies to the most sanctioned of adversaries. That is why Pakistan threw its support to the Taliban when they started gaining ground in the 1990s: It could end a dangerous conflict along Pakistan’s own unstable borders.

And that is why a decade later after 9/11, Pakistan welcomed the return of the United States — and U.S. assistance. It would work with us against Al Qaeda. But we soon learned that the Taliban were a sticky matter. I was ambassador to Pakistan from 2004 to 2007. I pushed Pakistani officials repeatedly on the need to deny the Taliban safe havens. The answer I got back over time went like this: “We know you. We know you don’t have patience for the long fight. We know the day will come when you just get tired and go home — it’s what you do. But we aren’t going anywhere — this is where we live. So if you think we are going to turn the Taliban into a mortal enemy, you are completely crazy.”

We have again validated their skepticism.

The Washington Post notes that “as the Taliban swept across neighboring Afghanistan, some Pakistanis saw it as a reason to celebrate.” Yet I doubt there are many high fives being exchanged in Islamabad today. The American disaster in Afghanistan that Mr. Biden’s impatience brought about is not a disaster just for us. It has also been a huge boost for the Taliban, whose narrative now is that the believers, clad in the armor of the one true faith, have vanquished the infidels. That is resonating around the world, and certainly next door in Pakistan where the T.T.P. — the Pakistani Taliban, which seeks the overthrow of their government — has certainly been emboldened, as have Kashmiri militant groups created by Pakistan but that threaten Pakistan itself as well as India. Mr. Biden’s strategic impatience has given a huge boost to militant Islam everywhere.

We need to be engaged with Pakistan on ways to assess and deal with this enhanced threat. The prospect of violent destabilization of a country with about 210 million people and nuclear weapons is not a pretty one. The same is true in Iran. It’s always good to see the Great Satan take a kick in the face, and it’s worth a little gloating, but the Islamic Republic and the Taliban’s Islamic Emirate almost went to war in 1998. A region is worried, and it is right to be so.

It was not only the current president showing impatience. President Donald Trump announced that peace talks would convene in Qatar between the United States and the Taliban. But those took place without the Afghan government. We had caved on a longstanding Taliban condition. We therefore delegitimized the government we had pledged to support. The Taliban did eventually allow government representatives into the room, but the talks went nowhere. As that painful process unfolded, we added injury to insult, forcing the Kabul government to release 5,000 Taliban prisoners.

That didn’t matter to Mr. Trump. He was done with patience and just wanted out, whatever the consequences. He reached an agreement with the Taliban for that complete withdrawal, but left office before he could execute it.

Enter Mr. Biden. To my shock, he embraced Mr. Trump’s Afghanistan policy. We have betrayed our promises to interpreters, women and children, and others who are now trapped in an Afghanistan controlled by the Taliban. I fear many will lose their lives because of Mr. Biden’s impatience. We had their backs. Until Mr. Biden decided we didn’t. They will pay for it.