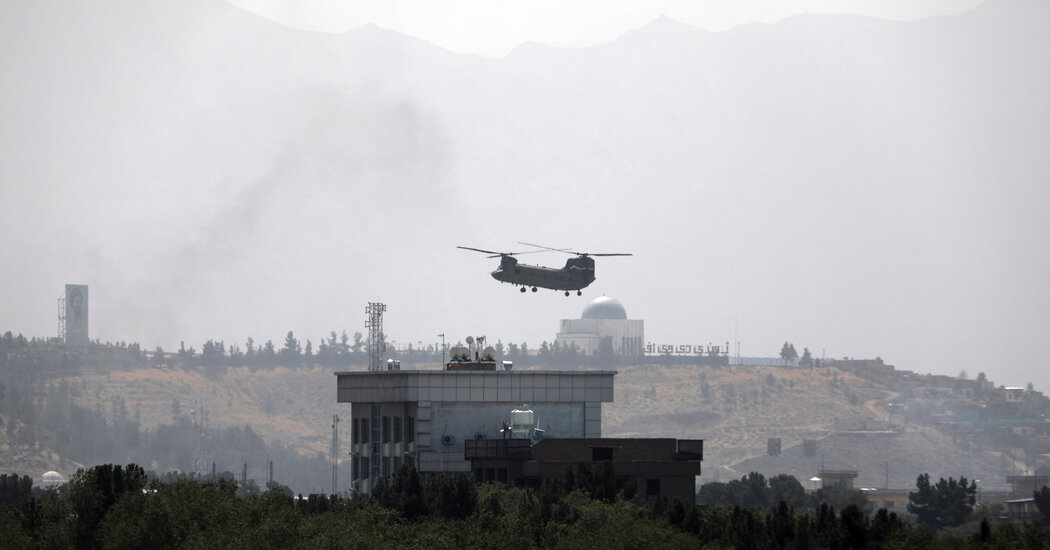 The Afghanistan papers published in The Washington Post, including a confidential effort on “Lessons Learned” conducted by the Office of the Special Inspector General for Afghanistan Reconstruction, an agency created by Congress, painted a devastating picture of corruption, incompetence, lack of motivation and other flaws among the Afghan forces the United States and its allies were trying to mold into a serious military.

One Navy official said Afghans viewed their police as “the most hated institution” in Afghanistan. Other officials described systematic looting by soldiers and officers, as well as Afghan casualties so huge — 60,000 killed since 2001, by one estimate — that the government kept them a secret. The corruption was so rampant that many Afghans began to question whether their government or the Taliban was the greater evil.

The Pentagon and the U.S. Congress deserve a share of the blame for the debacle, and certainly for the rosy progress reports that so often emerged. But what the United States or its allies could or should have done differently — and whether that hoary cliché about Afghanistan as the graveyard of empires has been validated once again — is a debate that should consume politicians, pundits and historians for years to come.

The responsibility lies with both parties. President George W. Bush launched the war only to shift focus to Iraq before any stability had been achieved. President Barack Obama was seeking to withdraw American troops but surged their levels instead. President Donald Trump signed a peace deal with the Taliban in 2020 for a complete withdrawal by last May.

When Mr. Biden came to office, some Defense Department and other officials urged him to keep a small counterterrorism force in Afghanistan for several more years. But Mr. Biden, old enough to remember Vietnam and a veteran of foreign relations from his years in the Senate, became convinced that a few thousand troops remaining for a few more years in Afghanistan would not prevent an eventual Taliban victory. On April 6 he told his staff that he wanted all the troops out by Sept. 11. “I was the fourth president to preside over an American troop presence in Afghanistan — two Republicans, two Democrats,” he said later. “I would not, and will not, pass this war on to a fifth.”

It was a decision that took courage and wisdom. The president knew full well what his critics would make of it — what they are already making of it. There will always be the what-if, that if only American troops had stayed longer, the outcome would have been different. Mr. Biden himself has been somewhat disingenuous in blaming Mr. Trump for his deal with the Taliban, which the president said “left the Taliban in the strongest position militarily since 2001.”

It has long been clear that an American withdrawal, however or whenever conducted, would leave the Taliban poised to seize control of Afghanistan once again. The war needed to end. But the Biden administration could and should have taken more care to protect those who risked everything in pursuit of a different future, however illusory those dreams proved to be.