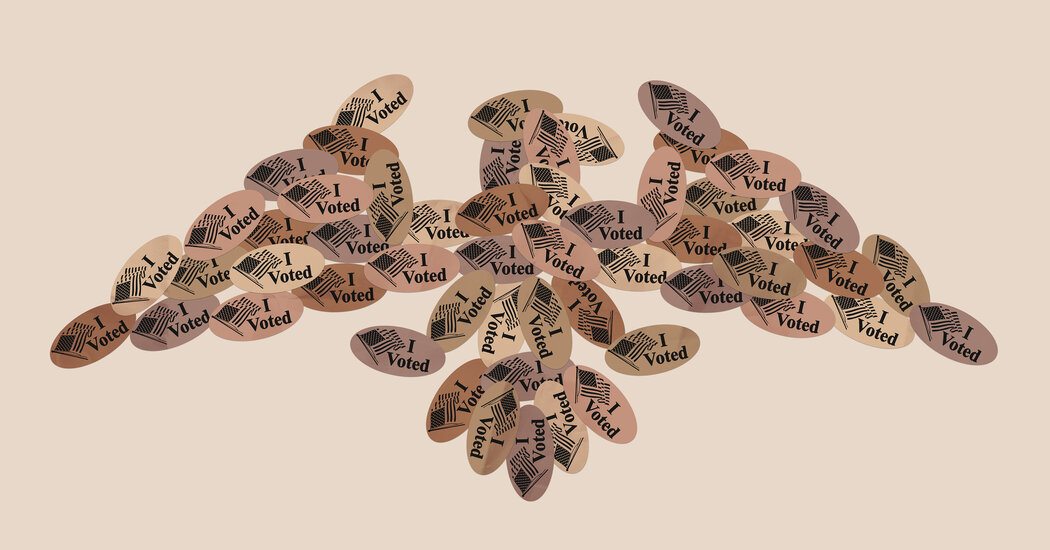 With the For the People Act on indefinite hold after a filibuster by Republicans in the Senate on Tuesday, the Voting Rights Act is about to return to center stage in Washington. The Supreme Court will soon decide a case on how a crucial part of the landmark law applies to voting laws challenged as racially discriminatory.

The country is already roiling with controversies over whether a variety of post-2020 state voting changes reflect legitimate policy concerns or racially discriminatory ones.

In Congress, Senators Joe Manchin and Lisa Murkowski have turned a spotlight on the Voting Rights Act with their endorsement of a version of the John Lewis Voting Rights Act. It would reaffirm Congress’s central role in protecting the right to vote against racially discriminatory changes and give the Justice Department (or, in Mr. Manchin’s version, the federal courts) the critical power to approve changes that are legitimate and block those that are invidious.

The John Lewis Act might well offer the best chance of new national legislation protecting the right to vote in America, and its significance is best seen in historical context, especially that of two Supreme Court cases.

The John Lewis Act would restore provisions of the Voting Rights Act (Sections 4 and 5) that were effectively invalidated by the 2013 case Shelby County v. Holder. When enacted in 1965, these provisions identified certain parts of the country and put their voting systems under a regime of federal control. These areas had to submit voting changes to the federal government, which had the power to block a proposal if it would diminish minority voter power. The federal government does not normally have veto power over state laws, but Section 5 created one.

Congress identified those areas based on voting practices in 1964. This coverage formula mainly singled out the states where extensive disenfranchisement had been in effect since the turn of the 20th century — especially since a Supreme Court case from 1903, Giles v. Harris.

Plessy v. Ferguson, which had upheld segregation in 1896, is more widely known, but Giles might well be more important. Written by Justice Oliver Wendell Holmes, the majority opinion in Giles contains an extraordinary, chilling passage. The complaint “imports that the great mass of the white population intends to keep the blacks from voting,” he wrote. “Unless we are prepared to supervise the voting in that state by officers of the court, it seems to us that all that the plaintiff could get from equity would be an empty form.” What is shocking is both the court’s brutal realpolitik about the former Confederate states’ disenfranchisement of Black voters and its confession of impotence in the face of it.

Giles was the last gasp in the effort to stop the destruction of voting rights for Black citizens (and many poor white ones) that took place throughout the South from 1890 to 1908. As late as the 1890s, half of adult Black men voted in Southern gubernatorial elections. But with disenfranchisement, the effects were stark. In Louisiana, for example, half of registered voters, more than 130,000 people, were Black in 1896; by 1910, that had fallen to 730 men.

The court’s power to enforce its rulings comes down to the willingness of the other branches to step up and do so. In 1890, Abraham Lincoln’s Republican Party withdrew support for a Federal Elections Bill, which signaled Congress’s abandonment of its commitment to protect Black voting rights in the South. When Congress finally enacted the Voting Rights Act, it required sending federal officials into parts of the South, as Justice Holmes anticipated, to take over the voter registration process.

Congress initially designed Section 5 to last for five years; it was renewed for five more years, then seven and, in 1982, for 25 years. In the early renewals, Congress updated the coverage formula to include elections from 1968 and 1972. But later renewals did not update the coverage formula.

The last time the full Congress considered Section 5 was in 2006. The areas of the country still covered then had not changed much since 1975; indeed, most had been covered since 1965. Still, when experts (including me) testified before the Senate Judiciary Committee in 2006, we urged Congress to update the coverage formula. The failure to do so, we feared, would create a significant risk that the John Roberts-Anthony Kennedy court would hold this part of the Voting Rights Act unconstitutional.

But Congress had no interest in making those politically charged decisions — determining whether voting practices were more discriminatory today in Ohio, say, than in Virginia. It left the coverage status quo in place and renewed Section 5 for 25 more years.

In the Shelby County case, the Supreme Court said that the coverage formula was no longer tied to “current conditions” but that Congress could draft an updated formula.

That is precisely what the John Lewis Act aims to do. A version the House passed in 2019 would cover only those states that have had 15 or more voting-rights violations in the past 25 years (or 10 violations if one was at the state level). Coverage would end after 10 years if the state has a clean record. The period rolls, or continuously moves, so that the act would remain tied to conditions in those time frames.

The act faces an uphill battle in securing enough Republican votes for passage. But because it is the only legislation with any bipartisan support so far, it might be the most plausible route for now to bolster national voting-rights policy — and to help bring greater legitimacy to our election process.

Richard H. Pildes, a professor at New York University’s School of Law, is the author of the casebook “The Law of Democracy: Legal Structure of the Political Process” and the editor of “The Future of the Voting Rights Act.”