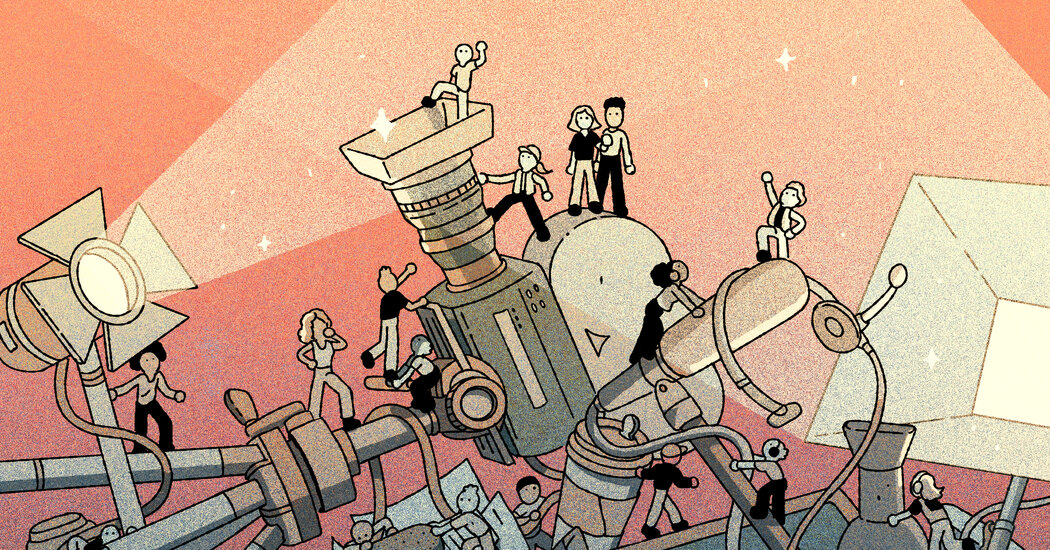 Streaming has pushed the industry toward a model of instant gratification for consumers, which is only possible with an always-available, nimble work force able to meet the demand. Producers grind workers down, while churning out ever more content to feed the streaming beast. But the workers cannot be easily replaced or automated. It is past time for them to enjoy standards that do not break them. Indeed, the 2009 agreement states that when production for streamers becomes “economically viable,” both parties would mutually recognize that fact in future agreements and raise working standards and benefits to be in line with those that govern traditional productions.

In the early months of the pandemic, when much of the entertainment world shut down, crew members experienced a life free from the industry’s grueling schedule, with many able to devote time to family, friends and leisure. Then, in June 2020, productions resumed with new on-set safety protocols. Days soon ran as long as they’d ever been as the industry tried to make up for lost time.

An Instagram account, ia_stories, illustrates the extent of the problem by sharing a steady stream of anonymous anecdotes. In one post, a second camera assistant asks her doctor for extra antibiotics to treat the urinary tract infections she suffers as a result of not having time to use the bathroom on set. Another shows a photo of a totaled car driven by a crew member who apparently succumbed to “drowsy driving.”

Recently, some producers have pushed crews even harder ahead of a potential strike. Frustrated workers expect even longer hours.

Objectionable scheduling practices may not appear to be the most pressing problems facing American labor — low pay and health insurance remain many people’s biggest concerns in a country that hasn’t raised its federal minimum wage since 2009 — but mandatory overtime and unpredictable schedules have proven to be two of this year’s most volatile labor issues.

Recent strikes at both Frito-Lay and Nabisco plants turned on these issues. At Nabisco, work weeks that could extend to 80 hours contributed to a multistate strike. At the Kentucky-based Heaven Hill Distilleries, a large bourbon producer, workers have been on strike for a month, provoked by the company’s push for expanded weekend shifts. Just this week, workers at Kellogg cereal plants in four states walked off the job, their frustration fueled in part by the experience of some of them working 12-to-16 hour days, seven days a week.

Despite the evidence of overwork’s harmful impacts on health and work quality, some employers confronting a tighter-than-usual labor market are turning to mandatory overtime to circumvent the costs of finding new workers. Paying overtime is costly. But rather than investing in recruiting and training new workers and providing them with benefits, it’s often cheaper to work existing employees harder.