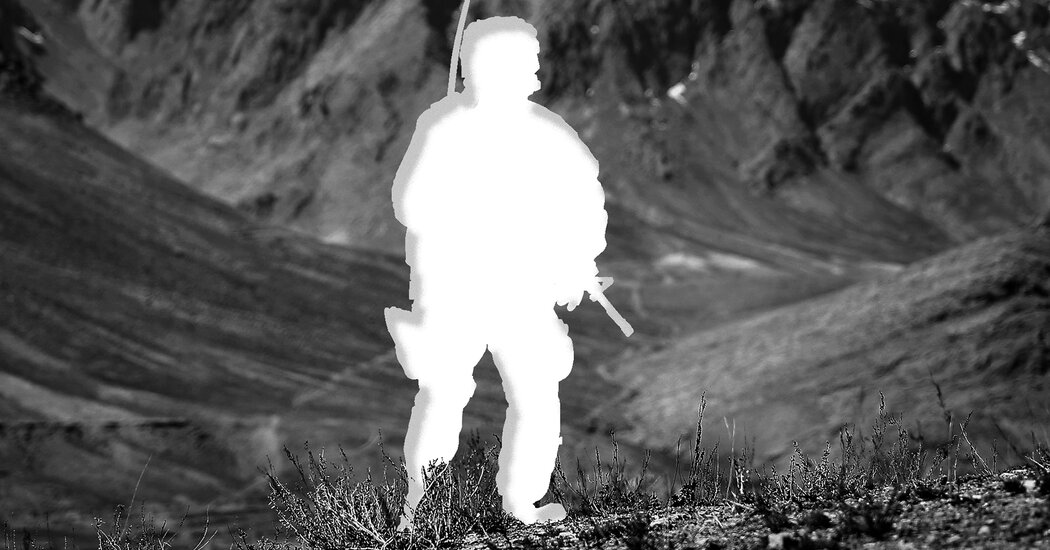 As all this unfolds, there is much fanfare over the celebrities at Barack Obama’s 60th birthday party, a celebration held as the war he expanded during his presidency ends in infamy. But he is not alone. Our other commanders in chief also bear responsibility for what has occurred. And there is no celebrating for those of us who ache each day wondering how we could have given the best parts of their lives to such a lie.

The collapse has been sudden, our exit too ill planned to evacuate the vulnerable Afghans who worked with us. We’re desperate for the allied nations that went to war with us to take them in on our behalf. A few thousand here, a few thousand there. I look across the New York Harbor to the Statue of Liberty and wonder why we are not lifting our own lamp for those abandoned by this war. Is our new Colossus dead or will she rise to repay her debt?

In my mind I see the Huey helicopter teetering above the American Embassy in Saigon, but rest assured, they say, the end of Afghanistan will be different from 1975. Still, our fathers, and our grandfathers, have fought and lost this battle before and know better even if we did not. Will our own children suffer the same?

There is more than enough blame to go around. After all, without those of us who volunteered there’d be nobody to fight these wars. I long to appear before the young man I was, to slap his face, and tell him to take a different course. “You’re going to die over there,” I want to say. “Not in body, but in spirit.” But he is gone, and I will spend the rest of my life staring at his shadow.

And finally, there are my fellow Americans, Republicans, Democrats and independents alike, who voted repeatedly over 20 years for those presidents and members of Congress to mislead and mismanage us to defeat. This national shame is a millstone around all our necks.

Suddenly, reality snaps into focus. It’s the entire nation of Afghanistan that is pinned down. I can hear her people screaming. And I will hear her death rattle before long.

Here at home, the Manhattan skyline is clear, the Freedom Tower glistens, and our nation lumbers onward. This American tragedy has reached its final act. Now we wait for the curtain to fall.