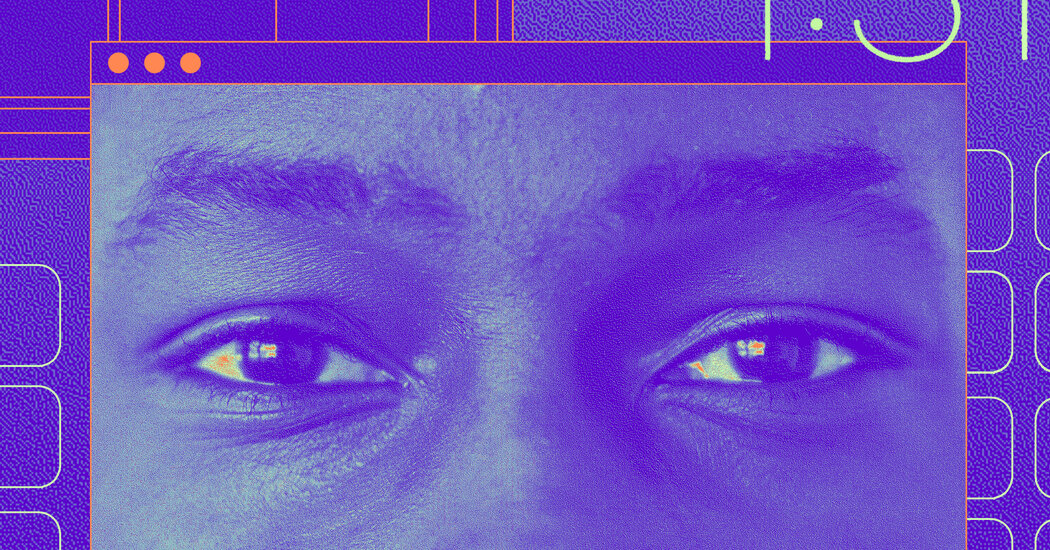 It is difficult to avoid sounding vulgar, somehow, when discussing the future of facial computing. There is something inescapably crude, isn’t there, about the prospect of everyone walking around with computers on our faces?

And yet I suspect the world may adopt face computers anyway, and not long from now, perhaps even within the coming decade. People in tech have long been wondering what might succeed smartphones as the next dominant computing platform. For a long time I’ve thought that nothing would — that phones would remain our primary computers for the foreseeable future. In the past few months, though, I’ve begun to face the fact that our faces are … in trouble.

The face computer is coming — brace yourself for an onslaught of “smart” glasses, virtual-reality headsets and other devices that connect your eyes to the digital world.

So far there have been only a few such machines, most famously Google’s failed digital specs, Google Glass. Facebook and Ray-Ban recently unveiled camera-enabled sunglasses; Snap, which makes Snapchat, also has such a device. The sunglasses let you photograph life in the moment, from your eyes’ point of view; when you’re building sand castles at the beach with your kids, you can tap your specs to capture the memory while you’re living it rather than reaching for your phone with sandy fingers.

Facebook and Microsoft are making virtual-reality headsets, too. These function as powerful personal computers mounted to your eyes, creating an enveloping digital experience — video games and movies surround you, the real world replaced by the machine.

Though none of these devices has been a huge success, the tech that powers face-mounted computers is getting quite good quite fast. It is probably only a few years until a face computer hits big — perhaps when Apple releases the one it has been reported to be working on.

There are enormous social, cultural and legal reasons to worry about face computers becoming ubiquitous. Such devices could turn your eyes into constantly recording dashcams, superimpose Instagrammy toxicity over your real-life conversations and add a layer of reality-bending computer graphics to everything you see. It doesn’t help that they are being developed by some of the most intrusive, least trustworthy corporations in the world.

But if creepiness posed a fatal impediment to success in tech the industry, we wouldn’t have smartphones or Facebook. Here’s the thing about face computers: With the right design, when their components inevitably become small and powerful enough, these machines could make computing much more visceral and accessible, which most likely means more irresistible, too. I worry about the sudden inevitability of face computers — that, as happened with smartphones, they could become ubiquitous before society begins to appreciate the way they might be altering everything.

I say this having used a lot of pretty bad face computers over the past few years. Even the worst of them suggested a compelling goal. Face computers promise to improve the two things we most often do on our phones: watch stuff and take pictures of stuff. A computer you can always see paired with a camera always watching whatever you are — isn’t it obvious how such a device might fit in during the age of YouTube and TikTok?

Face computers also mitigate two of the touch-screen phone’s biggest shortcomings — the touch and the screen. My phone claims to help me, and yet it demands constant attention from my fingers and my eyes. In this economy?

This is the best pitch for the face computer: It lets you get digital information more flexibly than you can on any other device.

On the one hand, these machines can conjure experiences that are much more intense than on any other device. With a face computer, you’re not just watching videos online — you’re inhabiting them in a way that feels embodied.

Recently I’ve been hooked on Facebook’s Oculus Quest 2, the light, portable virtual-reality headset released late last year. What I like about it is its depth of experience: I’m not usually a gamer, but the Quest 2 has a large library of immersive titles that I found entrancing, among them a rock-climbing game whose perilous realism made my hands clammy.

Virtual reality will conquer gaming because it is unmatched at affecting your entire physical experience — when you ride a virtual-reality roller coster, your stomach drops just like on the real thing. Even ordinary videos gain from the V.R. experience — I found that scrolling through high-resolution nature videos on YouTube’s virtual-reality app is a wonderful way to remember what it was like when we were allowed to leave our houses.

Mainly we’ll use these things for fun. But there’s a chance V.R. catches on for other uses, too. Nutty as it sounds, I have been meditating in V.R. — picking some peaceful virtual spot and sitting there silently, just “feeling” the world around me. Yes, it’s super dorky; it’s also terrifically relaxing.

Computers conquered our lives during the pandemic, but it’s the rare Zoom meeting that doesn’t feel lo-fi, awkward and distant. Talking to people over V.R. is natural by comparison; because the headset lets the digital world fully engulf your senses, it has the ironic effect of liberating you from the ever-present sensation that all of your interactions are being mediated by machines.

I still don’t think V.R. is for everyone — the experience is so immersive that it often feels impractical. V.R. shuts out the offline world entirely, demanding all your attention. Who has time to drop everything to climb a virtual mountain?

And so tech companies have been experimenting with less immersive machines for your face, what some call augmented reality. This is the world that Google imagined when it started selling its Glass spectacles in 2014.

As a matter of technology, Glass was a marvel — Google had stuffed a display, speakers and a camera into a machine built only slightly obtrusively into eyeglass frames. One knock on Glass was that it didn’t do a whole lot to justify its price; it could snap short videos and display digital tidbits, like the weather, in the corner of your visual frame, for $1,500.

Yet function is rarely an obvious impediment in wearable tech. Wristwatches only tell time, and sunglasses only tell the world you’re awesome. In some ways not doing too much was the point of Glass. The specs promised to offer you digital information more discreetly than your phone could. It imagined a visual field one day enriched by information — the latest headlines and your incoming texts superimposed over your walk home, a cable-news chyron on the lower third of your life: SPOUSE SAYS MILK GONE. BLAME BIDEN?

The big problem with Google Glass was not technical but social. Despite the company’s best efforts to make Glass cool, the people who first got the device tended to be of a certain type — overconfident, entitled, rich tech guys. Soon they earned a derisive nickname — “glassholes” — and at that point the device was done for.

A lot has changed since Glass’s release. Cameras and mobile processors are smaller and more powerful; now Glass-like tech can be built into spectacles without much sacrifice in style. There is also far less social opprobrium attached to wearable tech; earbuds and smart watches are not just for rich nerds. And for a lot of people, especially young people, there is little separation anymore between the online world and the offline world — suggesting potentially huge demand for glasses that fix the internet to your eyeballs.

I also wonder if the pandemic might have eased people’s inhibitions about wearing something on their faces. Yes, a lot of people have recoiled at face masks, but a lot more are now quite comfortable both wearing them and seeing others wear them.

To me the stage feels set in a way that recalls the period before the iPhone’s release in 2007. Technology and consumer preferences are aligning. We’re on the cusp of something big. I only hope that, unlike with smartphones, this time we go slow. Smartphones became an inescapable fact of modern life long before we understood all the ways they would alter society, for better and for worse. Now, as the machines march for our faces, let’s at least keep our eyes wide open.

Farhad wants to chat with readers on the phone. If you’re interested in talking to a New York Times columnist about anything that’s on your mind, please fill out this form. Farhad will select a few readers to call.