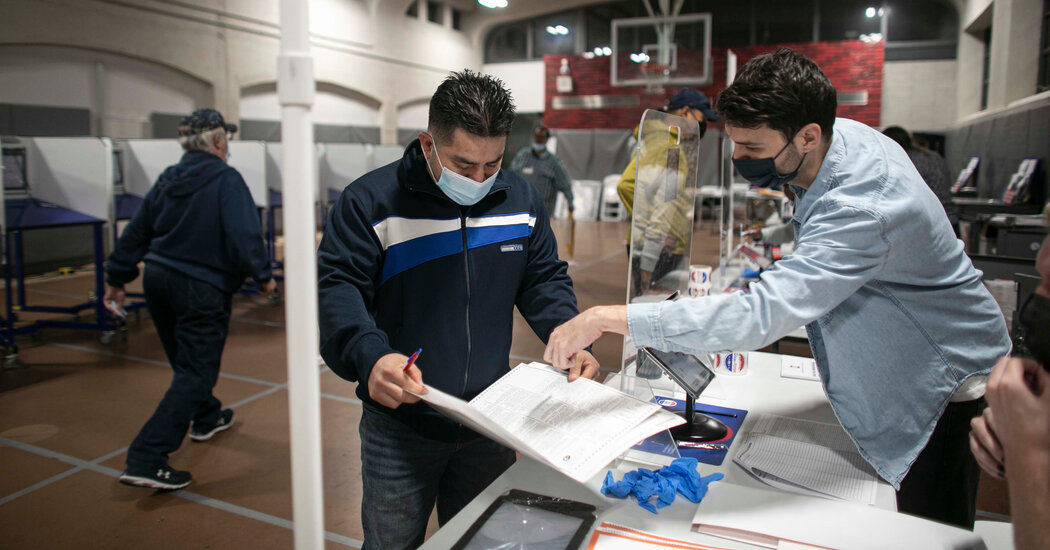 There are five proposed constitutional amendments on the ballot, asking voters to decide on measures involving legislative redistricting, changes to voting laws, environmental policy and New York City’s civil courts. Those that are approved would take effect on Jan. 1, 2022.

Here’s a quick rundown of the five ballot measures.

1. Changes to the state’s redistricting process

This measure involves the drawing of legislative maps, which occurs every 10 years. It also proposes other changes such as capping the number of state senators at 63 and counting incarcerated people at their last place of residence rather than where they are detained.

Under the measure, only a simple majority vote among state lawmakers — rather than the current two-thirds — would be required to pass redistricting plans. Opponents have argued this change could diminish a minority party’s voting power, though others have said it’s too early to predict that.

Critics have cited the measure’s broad language as a concern, arguing that the lack of specificity could lead to unnecessary lawsuits. But environmental advocates have said the proposal’s language only poses a risk to those who may be polluting the environment.

The measure, one of two ballot proposals related to voting rights, would eliminate a rule that requires voters to register at least 10 days before an election.

If passed, the measure would make it possible for state lawmakers to adopt same-day voter registration, something 20 states already have done. This measure would be particularly beneficial to voters who do not start paying attention to local politics until late in the election cycle, supporters have said.

The second proposed change to the voting process would erase the requirement that those who request absentee ballots explain why they need them.

Under current law, mail-in ballots are only allowed for voters who expect to be away on Election Day, or who have an illness or disability that would prevent them from voting in person.

This measure would double the monetary limit for claims filed in New York City’s civil courts from $25,000 to $50,000. This would enable the courts to consider more small claims, reducing the caseload for the state’s Supreme Court.

Although the change would be likely to increase the efficiency with which lawsuits are resolved, it might also increase the workload for the city’s understaffed civil courts.