Kareena Kapoor Khan is known for turning heads with each and every appearance she makes. She was recently seen on the sets of a commercial for a diamond jewellery brand with Anil Kapoor.

Kareena wore a stunning bright yellow Ridhi Mehra creation with mirror work all over it. The actress never fails to rock ethnic wear whether it’s for a television appearance or a festival. 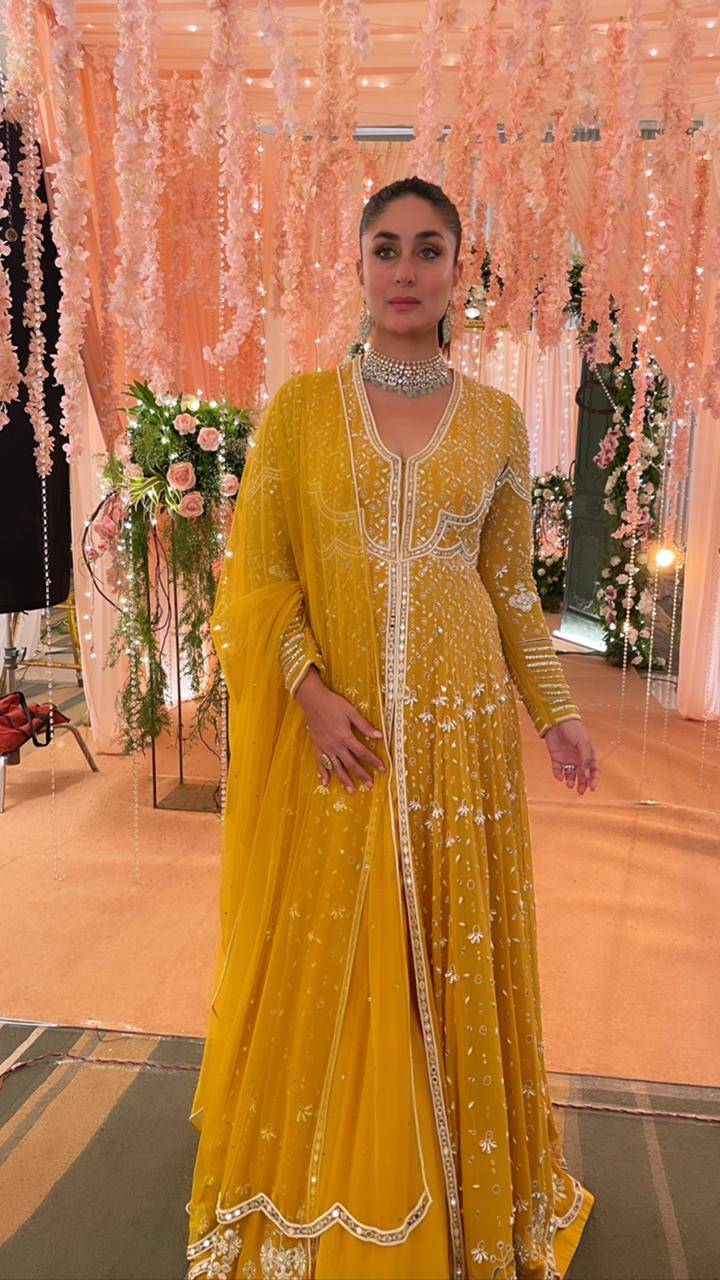 The yellow anarkali set made a statement with its georgette kurta and embroidered net dupatta. The ensemble featured a deep V neckline and a slit. The ensemble stood out with a scalloped hemline. The beautiful set costs INR 1,48,000.

The diva accessorised her look with a beautiful choker set and a pair of matching chaandbali earrings. She opted for minimal make-up look with her hair tied in a sleek ponytail.

Kareena was spotted at the set with Anil Kapoor and they both looked stunning in desi outfits. Anil Kapoor was seen in a white ethnic outfit which perfectly complemented Kareena’s attire. Both the Kapoors looked lovely together. 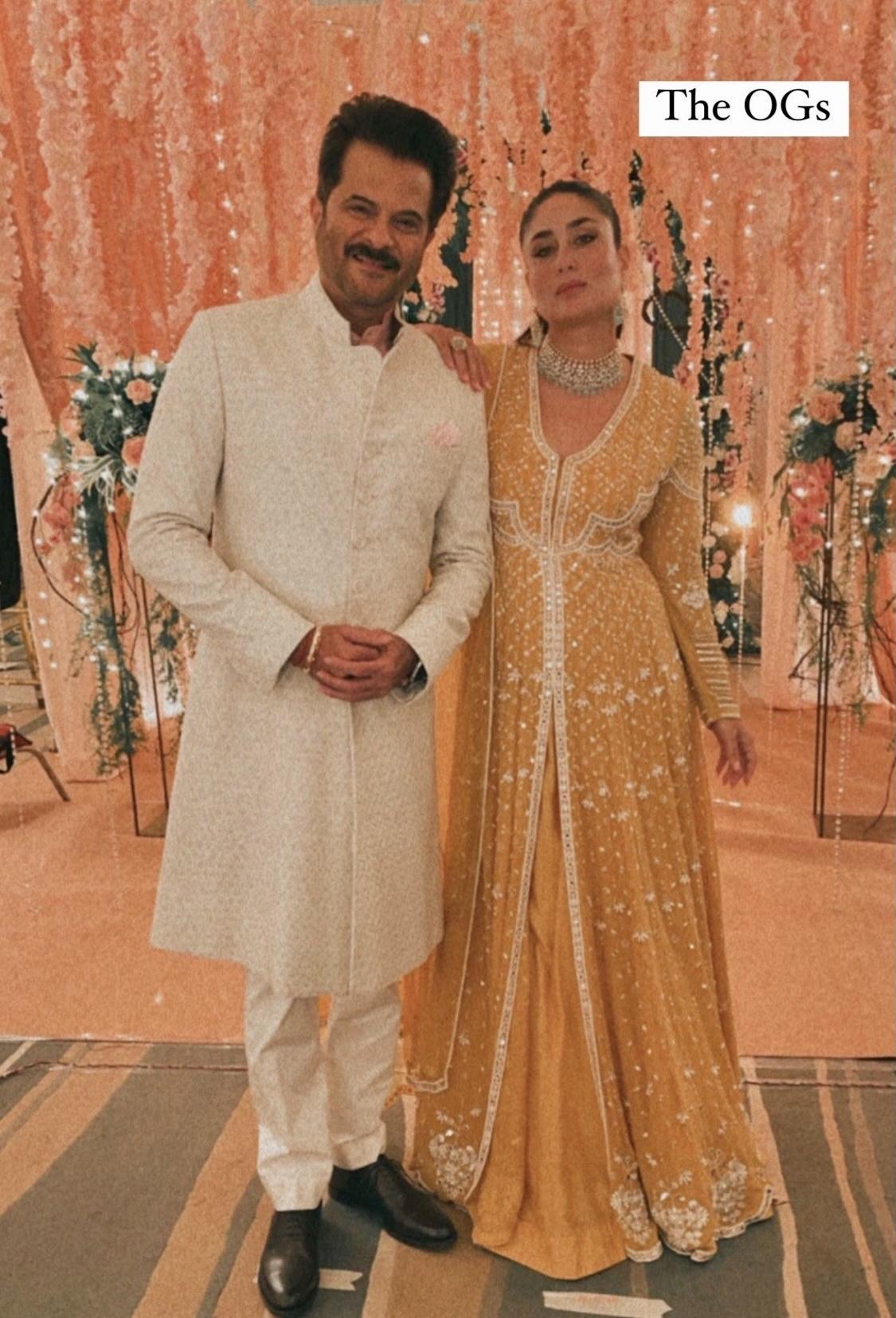 The duo has worked in a number of films together including Bewafaa, Tashan and Bombay Talkies.

Kareena Kapoor took to her Instagram story to share a picture and captioned it as ‘The OGs.” Anil Kapoor also shared the picture on his Twitter handle and wrote, “Always photograph ready!”

The star was last seen in Angrezi Medium with Irrfan Khan. The film also starred Radhika Madan and Kareena played the role of a police woman in London. She will soon be seen in Lal Singh Chaddha with Aamir Khan. It is a remake of the Hollywood hit, Forrest Gump, which starred Tom Hanks in the lead.