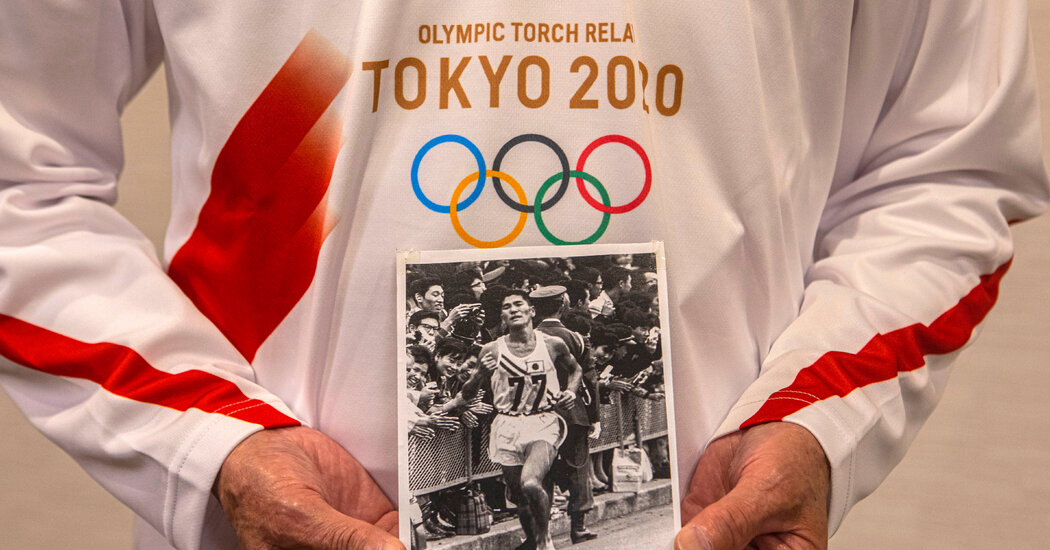 After high school, he joined the Japan Ground Self-Defense Force and the long-distance relay team. He ran the longest leg of races with a slipped disk that he did not disclose. Because of his ability, he was sent to the Ground Self-Defense Force’s physical training school, where many future Olympians trained. In 1962, he and other distance runners traveled to New Zealand to train, his first trip overseas.

By 1964, he had become one of Japan’s premier distance runners. At a meet that year in Sapporo, Japan, he set a national record in the 10,000 meters and finished second, behind Kimihara, in the marathon. After the meet, their coach bought some beers and Tsuburaya, Kimihara and their teammates toasted their success. The future looked bright. “It was the first and last time we had a beer,” Kimihara recalled.

While training for the Olympics, Kimihara got a closer look at Tsuburaya, his training partners and his coach. The soft-spoken Kimihara said he found it hard to break into the tight-knit group of regimented military men. Kimihara heard that before Tsuburaya entered the bath, he would fold his underwear and shirt, not just toss them in a basket like others.

He admired how well Tsuburaya and his team trained together and their singular focus on the Olympics. There was, he said, tremendous pressure on athletes to uphold Japan’s honor on the world stage, expectations acutely felt by men from the Self-Defense Force. That seriousness of purpose was even more evident after the Games began and Tsuburaya, Kimihara and the third marathoner to qualify, Toru Terasawa, moved into the Olympic Village.

The mood was joyous, and with athletes from around the world and venues nearby, there was no shortage of distractions. After a few days, it became impossible for them to train, so they decamped to Zushi, a seaside resort about an hour’s train ride away. After their workouts, Kimihara and Terasawa would return to Tokyo to take in more of the Olympics, but Tsuburaya stayed behind.