It has memories of my mother, pleads girl after phone goes missing from

Even as patients fight for their lives at Care Center (), can they be expected to keep an eye on their belongings? This is what emerges from the cries for help put out by little Hrithiksha, who lost her mother to covid, alleging that her mother’s cell phone was stolen from the hospital she was admitted to.

Hrithiksha’s mother was admitted to Kodagu Institute Of Medical Sciences (KIMS) and she alleges that the phone went missing from there. Hrithiksha has made an appeal to Deputy Commissioner of Kodagu Charulatha Somal, MLA KG Bopaiah, MP Appachu Ranjan and also to the staff of to help her find her mother’s mobile phone. Hrithiksha also wrote an emotional letter, saying that the phone is filled with her mother’s memories. She writes that she has become an orphan after losing her mother and pleads in the letter that whoever has taken the mobile or found it, return it to her. The letter has now gone viral all over social media and has raised questions over the safety of patient’s valuables at CCCs across the state.

Many family members of covid patients have alleged that phones were not being returned along with bodies and staff of CCC had maintained a radio silence over this issue.

Not only Kodagu, other districts like , , Chamarajanagar, Mandya have witnessed the same situation where family members of patients alleged that money, mobile and jewels are being stolen at the CCCs. Many complaints have been filed at various police stations, but no action has been taken on this. 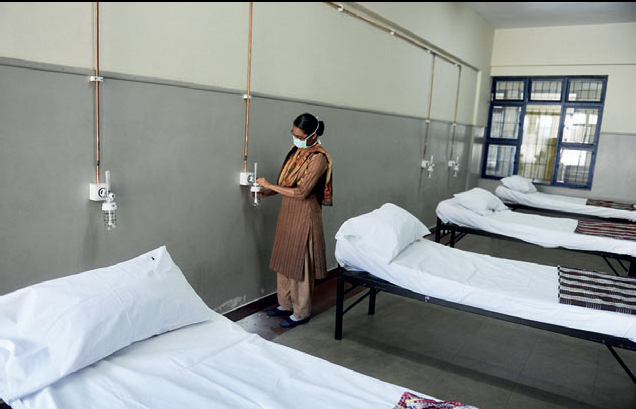 A staff member of a CCC in Mysuru (on the condition of anonymity) told that such incidents have happened in the past. “Often the blame is put on the cleaning and maintenance staff. Not just mobile phones, even wallets, gold items belonging to patients have gone missing. Family members of covid patients are seen arguing with staff members over missing valuables,” he said.

However, Bindiya HS, , Mandakalli CCC, said, “I don’t agree that such thefts take place at CCCs. Covid patients who are in critical condition are immediately shifted to hospitals. Our CCC has 525 beds and 467 patients currently being treated here. No such complaints of theft has ever reached us.”

The staff member added that one thing that can be of help is CCTV cameras. “The presence of the camera might reduce thefts at the centre or anyone involved in the theft will be captured in the camera and it will be helpful in finding the culprit,” he said.