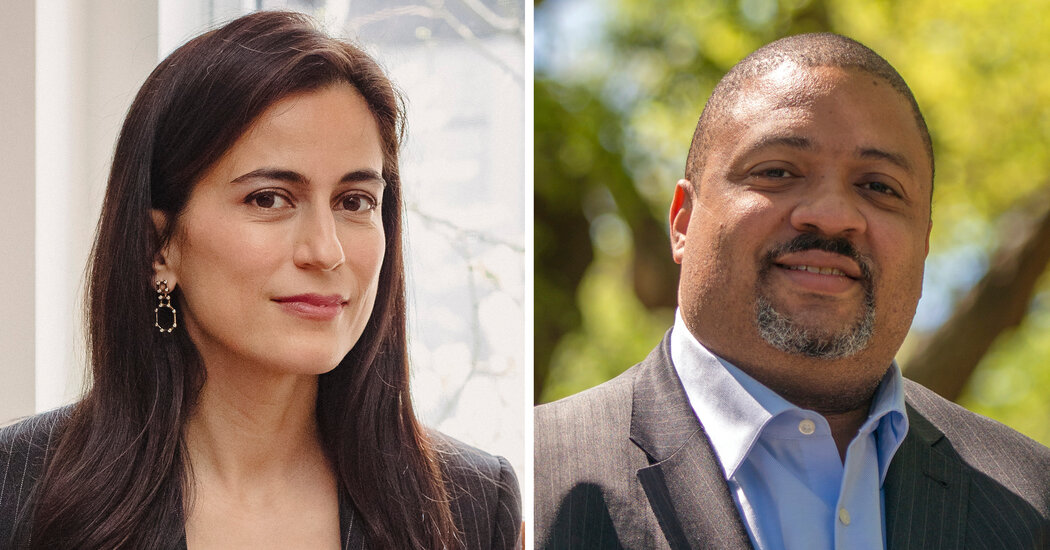 Mr. Bragg and Ms. Farhadian Weinstein both have substantive legal pedigrees. Mr. Bragg graduated from Harvard Law School, clerked for a federal judge in New York and worked as a defense and civil rights lawyer. He first worked as a prosecutor in the state attorney general’s office, became a federal prosecutor in Manhattan and then returned to the attorney general’s office, where starting in 2013, he led a unit charged with investigating police killings of unarmed civilians. He eventually rose to become a chief deputy attorney general.

Erin E. Murphy, a law professor at New York University who supports Mr. Bragg, said that the combination of the candidate’s policies and his racial identity was key to understanding how he might lead the office.

“When we’re in this moment of racial reckoning, it’s really important the leader of the Manhattan D.A.’s office understands the real concerns about public safety that exist in our communities but also that they understand that the police themselves can be a harm-causing agent in the community,” she said.

Ms. Farhadian Weinstein graduated from Yale Law School, clerked on the Washington, D.C., Court of Appeals and the Supreme Court, served as counsel to the former United States attorney general, Eric H. Holder Jr., and after a stint as a federal prosecutor in Brooklyn was on the leadership team in the Brooklyn district attorney’s office.

The district attorney’s office has had only two leaders in close to 50 years, and the current officeholder, Cyrus R. Vance Jr. has held his seat for more than a decade. He was considered one of the most progressive prosecutors in the United States when he was first elected in 2009. But since he took office, a wave of prosecutors have won elections by pledging to make their offices less punitive and less racist, a trend that has changed the way that such races are run.

In the opening months of this year, it looked as if the Democratic primary for Manhattan district attorney would follow suit, with Ms. Aboushi, Ms. Orlins and Mr. Quart tipping the balance of the race toward the left. But as Ms. Farhadian Weinstein emerged as a financial powerhouse and gun violence rose in certain areas of the city, the focus of the race changed, and she and Mr. Bragg began to be seen as front-runners.